COVID-19: Biden leads candlelit ceremony for COVID victims as US passes half a million deaths 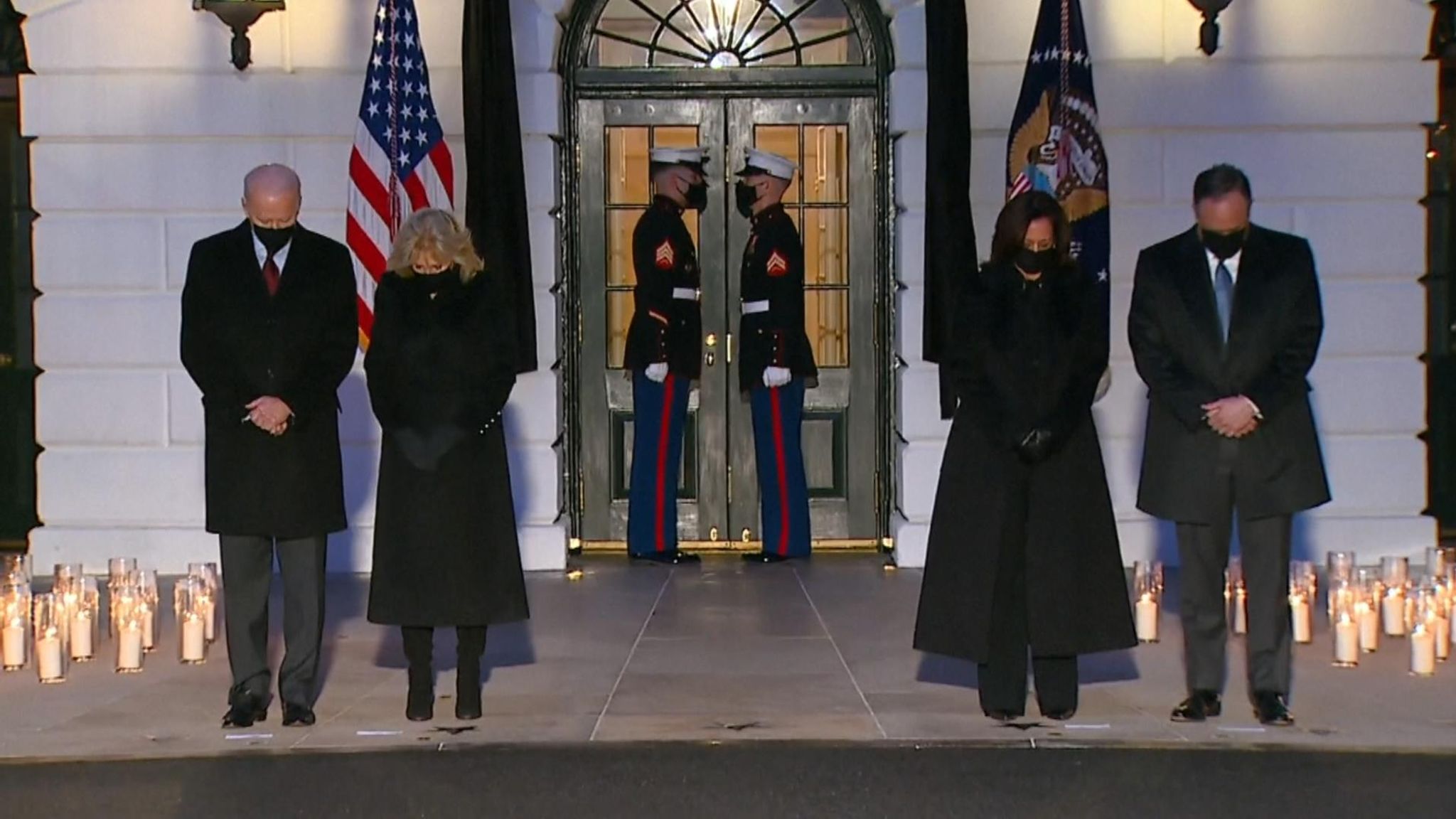 President Joe Biden has led a minute's silence to honour America's coronavirus victims after the country became the first to record more than half a million deaths.

As 500 lit candles lined the White House steps to commemorate the dead, a military band played Amazing Grace and the president made his emotional remarks.

"Today we mark a truly grim, heartbreaking milestone - 500,071 dead. That's more Americans who have died in one year in this pandemic than in World War One, World War Two and the Vietnam War combined," he said. 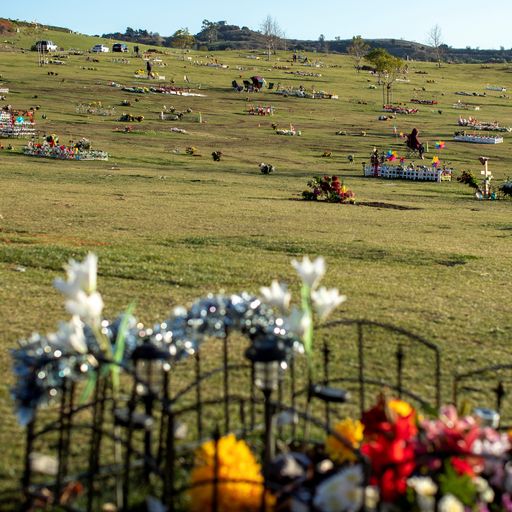 "But as we acknowledge the scale of this mass death in America, we remember each person and the life they lived. They're people we knew."

There have now been 500,201 COVID-related fatalities in the country as of 2am, and more than 28 million people have been infected, according to the Johns Hopkins University coronavirus tracker.

Mr Biden was joined by First Lady Jill Biden, Vice President Kamala Harris and her husband Doug Emhoff, who bowed their heads solemnly as they observed a minute of silence.

The president also urged Americans to set aside their differences, saying: "We must end the politics and misinformation that has divided families, communities and the country, and has cost too many lives already. It's not Democrats and Republicans who are dying from the virus. It's our fellow Americans.

"We have to fight this together as one people, as the United States of America."

Mr Biden has ordered the nation's flag to be flown at half-mast at the White House, on all public buildings and grounds, and at military posts and naval stations until sunset on Friday.

Brazil has the second-highest number of coronavirus deaths globally with about 250,000.

The fact the US leads the world in both death and infection numbers reflected poor planning by the Trump administration, President Biden has previously said.

Confirming the US had bought enough doses "to vaccinate all Americans", he accused Mr Trump of failing to manage the vaccine rollout.

"While scientists did their job in discovering vaccines in record time, my predecessor - I'll be very blunt about it - did not do his job in getting ready for the massive challenge of vaccinating hundreds of millions," he said.

:: Subscribe to the All Out Politics podcast on Apple Podcasts, Google Podcasts, Spotify, Spreaker

In December, the US's average daily deaths linked to COVID-19 touched 2,276 with one daily total exceeding the 2,977 people who lost their lives in the 9/11 terror attacks.

Despite Mr Biden's criticisms, there is cause for hope in the vaccine rollout, with official statistics saying about 64 million jabs had so far been given.

That puts the US on course to exceed the president's stated target of 100m doses in his government's first 100 days, though progress has been hampered by the recent freezing weather.

It is a far cry from Mr Trump's optimistic prediction last April, that, even if it did nothing, the US would lose 50,000 to 60,000 people to the virus.