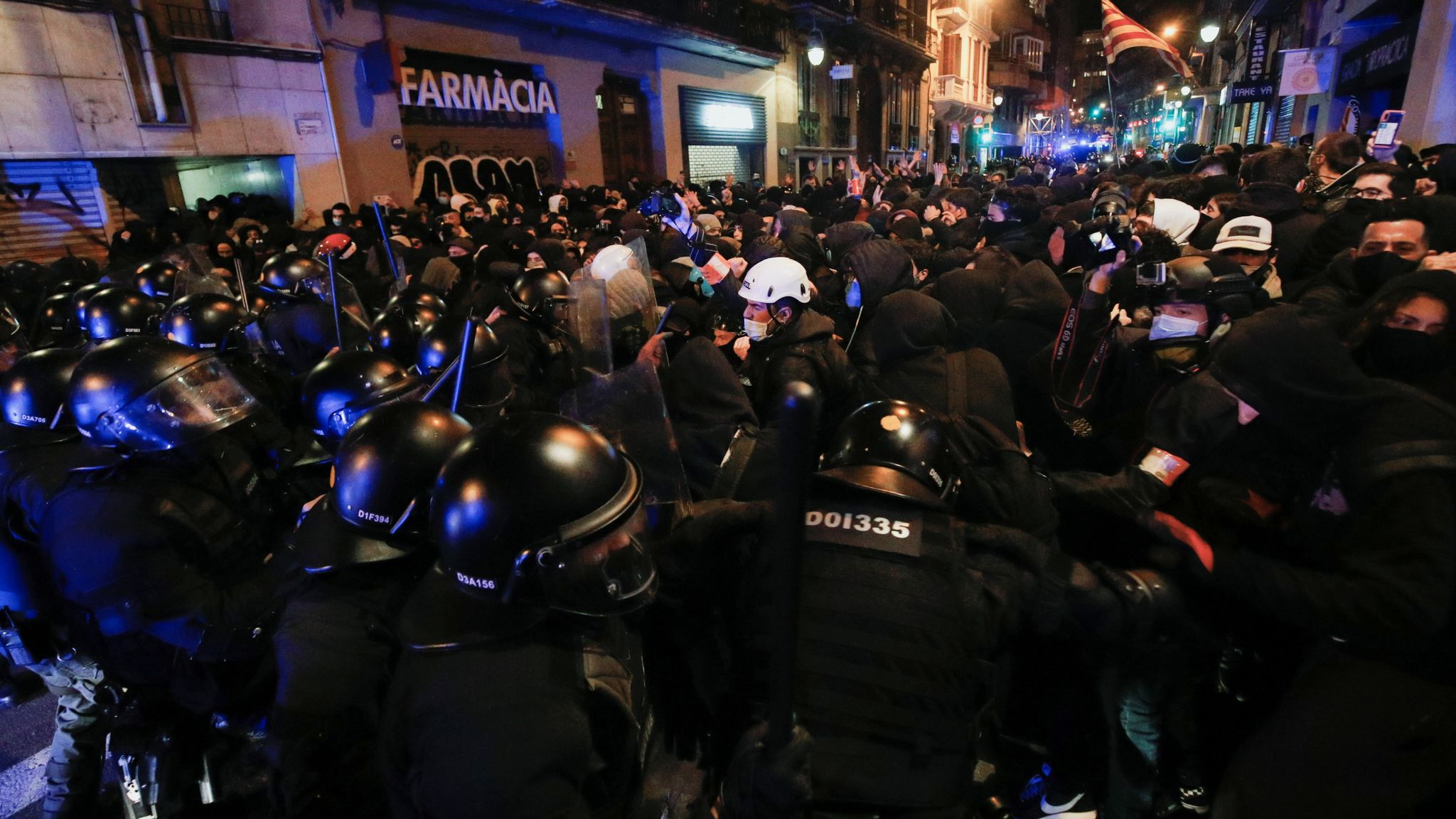 Rioters in Spain have smashed shop windows and launched glass bottles at police in a fifth night of violence over the jailing of rapper Pablo Hasel.

It comes after the musician was arrested by anti-riot police on Tuesday following a 24-hour stand-off in a university with dozens of supporters to avoid prison over what he calls an issue of free speech.

He was given nine months behind bars for insulting the Spanish monarchy and praising terrorist violence in his music and also on his Twitter account.

Small groups started what appears to be a now-nightly cat and mouse game with officers on Saturday evening in Barcelona, just hours after several thousand people lined the streets of the city.

Footage shows shop windows being smashed and fires being lit across the Catalonian capital, with rioters also hurling rocks and bottles at riot police.

Rioters also broke into bank offices in the city, burned rubbish bins and looted from stores.

There was also violence in Lleida, where Hasel held his stand-off, and Tarragona, according to Catalonia's regional police.

It appears the violence is confined to a fringe group of largely younger people, who make up a small share of the largely peaceful protesters who joined marches to support Hasel and oppose the laws used to arrest him.

Since Tuesday, around 80 people have been arrested in connection with the protests and more than 100 injured, with police in the region also reporting at least three mob attacks on police stations.

The mayor of Barcelona, Ada Colau, appealed for calm in the city, saying: "Defending the freedom of expression doesn't justify in any case the destruction of property, frightening our fellow citizens, and hurting businesses already hurt by the crisis (caused by the pandemic)."

Marches took place in other cities across Spain and remained mostly peaceful, but the protests also turned violent in Pamplona in the northeast of the country, with rioters throwing bottles and clashing with police.

Officials in Madrid say that 300 national police officers were called up to assist city police in the Spanish capital, but the protests ended peacefully.

The Spanish government announced last week, before Hasel was arrested, that it would change the law to remove prison sentences for crimes involving freedom of expression - however the pledge has done little to calm tensions.